Given that all things Internet seem to move at the speed of light and come or go overnight, it’s fairly impressive to see commercial email marketing approaching its fifteenth birthday. I remember first becoming involved in email in 1999 and being impressed then with what was creatively and technically possible – even though dial-up Internet connections still outnumbered broadband! Although anti-spam software and abuse-prevention delivery rules have often thwarted the channel’s technical capabilities (even since its early years - video in email was possible in 2000), there is no excuse to still be mailing like it’s 1999. END_OF_DOCUMENT_TOKEN_TO_BE_REPLACED

Are You Speaking the Language of Results?

It’s probably the number one rookie mistake in advertising and marketing copy writing.  It can tank an otherwise exceptional sales offer to the exact right audience. It’s guaranteed to bore readers and listeners to death, and it’s a downright sin in direct response. What is this ill? It is writing or talking about – or to – ourselves rather than our potential and current customers.  In other words, speaking in the language of “me” rather than “you”. And it's both so pervasive and toxic that it's exactly why when it comes to much of what you write online – from your email offers to your social media status updates to your product and sales pages – it’s imperative that you answer the question eternally hovering on the tip of your readers’ tongues: WIIFM? (What’s In It For Me?) In other words, that you learn to speak the Language of Results. END_OF_DOCUMENT_TOKEN_TO_BE_REPLACED

With email inboxes more crowded than ever before, simply arriving successfully is half the battle.  Assuming you routinely have good deliverability, the second half of that battle is standing out in a crowd. The majority of email users (more than 70% by some estimates) view the lineup of email messages in their inboxes via preview panes, so only a snapshot of each message is visible either to the right or on the lower half of their screens.  Mobile environments can be even worse, eliminating preview-ability altogether. END_OF_DOCUMENT_TOKEN_TO_BE_REPLACED

In Part 1 of this series you learned about transparency and authenticity. Part 2 explained why creating resonance and cultivating magnetism are essential to generating emotional connections that are real and enduring. Now in the last of this three-part series, let’s look at the final two ingredients that strengthen the emotional bond your market has with you AND each other: community and consistency. In online marketing, making emotional connections is especially important because the digital world is immediate, urgent and can seem impersonal.  It doesn’t give us the time or intimacy to know and trust people like face-to-face interactions do. But there’s good news – the online world also offers an expanded ability to connect with others and develop communities beyond the boundaries of our physical worlds. That’s why community is one of the final essential ingredients to creating emotional connections in your online marketing. END_OF_DOCUMENT_TOKEN_TO_BE_REPLACED

Email Variety is the Spice of Inbox Life

One of my email seminar students recently asked: “I feel like the only emails my company ever sends are sales messages: like we’re always asking people to buy, buy, buy.  Should we supplement these with other types of email and if so, what?” Don’t feel bad, lack of variety in email marketing is a common dilemma for many marketers.  Businesses newer to email or with fewer resources tend to gravitate first and only to promotional messaging, but there is plenty more you can and should communicate to your list. Here are just a few of the many greetings and message types you should include in your email program: END_OF_DOCUMENT_TOKEN_TO_BE_REPLACED 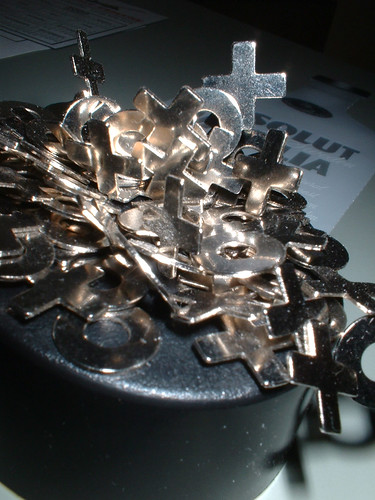 In Part 1 of this series, I explained that marketing is not simply about hawking your wares. Certainly it’s about communicating what you have to offer, but how you do that is what makes the difference between feast and famine. Whether we know it and like it or not, most decisions in life are fueled at least in part by emotion, and that goes for buying decisions large and small. Our brains are equipped with both reasoning and emotional centers, and each factors into decision making.  More often than not, people buy from emotion and justify with reason, so it’s important to know how to emotionally connect with them. In online marketing, making emotional connections is especially important because the digital world is immediate, urgent and can seem highly impersonal.  It doesn’t give us the time or intimacy to know and trust people like face-to-face interactions do. That contributes to a lack of trust (and unfortunately, fraud) online, so allowing people to get to know you digitally goes a long way toward creating the confidence consumers and business people alike need to buy from you in any channel. END_OF_DOCUMENT_TOKEN_TO_BE_REPLACED

Social Media vs. Email Frequency: How Much is Too Much? 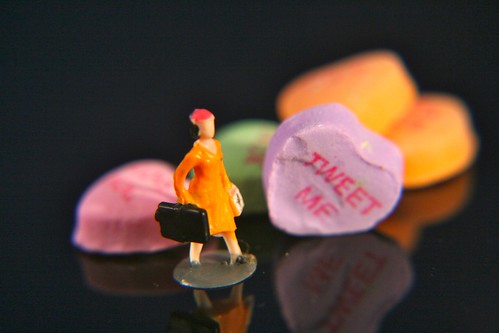 This question was recently posed in a private online marketing group I belong to called Only Influencers: "If I can tweet five times a day, why can't I email five times a day?" Keep in mind Only Influencers is an invitation-only group of highly experienced and savvy digital marketers (most of the industry's "big names" in email already belong) from established and well-known brands, so they were not flippantly, but seriously, pondering the messaging norms we've come to think of as "acceptable" in different online marketing channels.  The question and the depth of discussion around it made me think, Why can't we? And if we can't or don't or won't, why not? END_OF_DOCUMENT_TOKEN_TO_BE_REPLACED 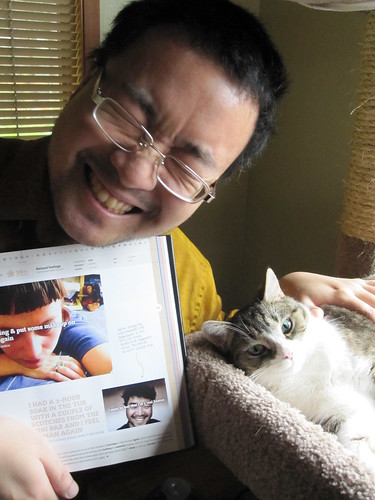 You might read that title and wonder what in the world emotional connections have to do with online marketing or any marketing for that matter.  Isn’t marketing simply about telling people what you have to offer and letting them know how to buy or work with you? Certainly it’s that, but much more.  Whether you realize it or not, most decisions in life are fueled at least in part by emotion, and that goes for buying decisions large and small. Our brains are equipped with both reasoning and emotional centers, and both factor into decision making. More often than not, people buy from emotion and justify with reason, so it’s important to know how to emotionally connect with them. In online marketing, making emotional connections is especially important because the digital world can be fast, furious, and impersonal.  There is a built-in immediacy in digital communication channels that often undermines or bypasses the opportunity to slow down the sale and deepen the consideration process that older, offline channels delivered.  Plus, there’s a huge lack of trust (and fraud) in the digital world so allowing people to get to know you online goes a long way toward creating the confidence consumers and business people alike need before they're willing to buy. So, is it easy to create emotional connections online? The good news is “YES!” thanks largely to social media and content publishing platforms that are faster, simpler and more accessible than ever before. So, how do you do it? END_OF_DOCUMENT_TOKEN_TO_BE_REPLACED

I’m often asked what I believe to be the number one way to connect email and social media marketing.  Last month I tackled that question from the starting point of email.  This month I'm addressing it from the perspective of social media. Both connecting email to social and using social to strengthen and grow email matter because linking email and social media both ways is important. So if you have a strong or growing presence on Facebook, LinkedIn, Twitter or more, what’s the best way to leverage it for expanding your email program? END_OF_DOCUMENT_TOKEN_TO_BE_REPLACED 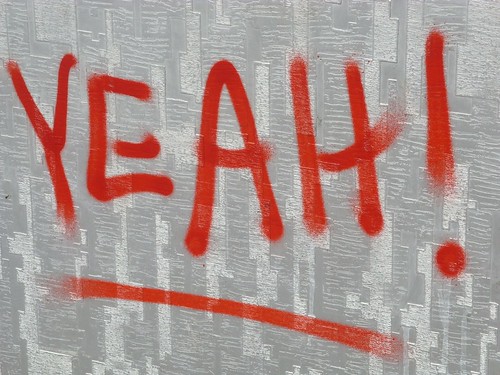 It’s universally human that we would rather be asked than tricked or forced.  Free will is one of the very cornerstones of human nature.  When it’s all said and done, we’d rather be given the chance to make a conscious decision than cornered into unconscious choices we end up inevitably regretting.  So when it comes to asking someone to join your email or social media sphere, don't fall back on deception and coercion.  You don’t need to sneak them in under the wire. Simply invite them and trust that they can decide for themselves what is in their own best interests. END_OF_DOCUMENT_TOKEN_TO_BE_REPLACED